Teach kids creativity. Ultimately, machines will be better at coding 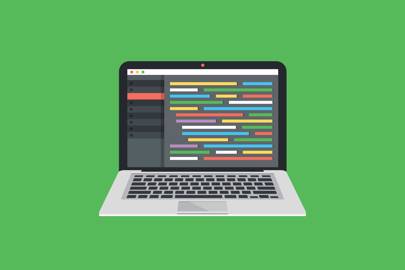 If you want to bring up a kid to be a successful investor or entrepreneur, the current education system says they should be studying STEM subjects, cramming facts and figures, and immersing themselves in coding class. I’ve spent my working life as an entrepreneur and investor – I’ve founded startups, and now invest across Europe for GV (the venture capital investment arm of Google) – but as a father, when I look at the way we’re educating our kids, I think there’s something missing.

Machines are already superintelligent on many axes, including memory and processing speed. Unfortunately, those are the attributes our education system currently rewards, with an emphasis on learning by rote.

It doesn’t make sense to me. Part of my job as an investor is to attempt to predict the future – I need to make bets on the way we’ll be behaving in the next two, five, ten and 20 years. Computers already store facts faster and better than we do, but struggle to perfect things we learn as toddlers, such as dexterity and walking.

We need to rethink the way we teach our children and the things we teach them. Creativity will be increasingly be the defining human talent. Our education system should emphasise the use of human imagination to spark original ideas and create new meaning. It’s the one thing machines won’t be able to do.

We should aim to teach our kids about the power of creativity in every area. Science and maths, which are often considered uncreative, have shaped human history with huge creative leaps. It was creativity that allowed Newton to discover gravity while observing a falling apple as he was thinking about the forces of nature.

Any job that involves repetition, and no creativity, is at risk of disruption – from performing calculations to reviewing forms to sorting machine parts, and eventually driving. Such roles are the easiest for machines to do far more efficiently than us. We should prepare kids for roles that are tougher to automate – roles like artists, caregivers, entrepreneurs or theoretical physicists at the edge of science.

Often these valuable leaps of creativity require base knowledge. Newton would certainly not have been equipped to ‘discover’ gravity without a phenomenal foundation in physics and maths. And as technology accelerates, we will need to learn continuously in order to keep this foundational knowledge.

For this reason, we should no longer expect kids to have only one intense period of education to prepare them for the rest of their lives. They will, and we all, need to learn continuously throughout life. It’s more valuable to help children learn to love learning itself, to celebrate the journey rather than a single destination, than it is to force rote memorisation of information to be regurgitated in an exam and then forgotten.

It’s not even clear that it’s worth teaching kids how to code. Deep machine learning will likely automate the writing of code relatively quickly. While it’s useful to know what comprises languages or algorithms, I suspect most of the latter will be written by machine against a specific human (or eventually machine) query. Creativity is going to be far more important in a future where software can code better than we can.

Cynical about Apple’s move into UK schools? Well, it turns out they need all the help they can get 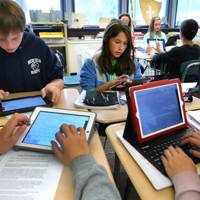 Cynical about Apple’s move into UK schools? Well, it turns out they need all the help they can get

Similarly, we should continue to value learning other human languages, but as neural nets improve, I expect earbuds will offer real-time translation that’s close to perfect within a decade or so. The real value of learning a second language will be more about understanding how people around the world think — a crucial responsibility for sharing the planet. Instead of glamorising memorisation and rote testing, we must place a greater emphasis on speed of learning, understanding context, being adaptable, and especially on how to frame the right question, whether as a search query, as a citizen in a democracy, or as a complex algorithm.

Machines only ever act on human instructions. Framing questions is therefore our opportunity to succeed or fail: ask a bad question, and you will get a bad answer. Ask a biased question, you will get a biased answer. Critical thinking and media literacy skills that help us to assess information sources should be embedded in school curricula.

We’ve seen the rise of filter bubbles and their effects, such as people socialising less with people unlike themselves. We are creating an empathy gap. The psychologist Carl Rogers said there are as many different perceptions as there are people in the world. And so the most important skill we can instill in our kids is empathy — a sense of shared humanity, and the ability to understand the needs and motivations of others. In an era when confirmation bias pulls us into homogeneous bubbles, it may be the toughest quality to nurture.

Empathy is critical to mitigating the negative impacts of all the technologies we currently rely on. It’s increasingly critical for our kids, who will need empathy to create products and services that are useful and desirable for a world of customers unlike themselves.

The good news is that digital tools can help immensely to free us from rote thinking. But we should not rely on them to dominate how we learn and live. Recently, it’s been reported that some expert technologists limit the time their kids use of digital devices. And it’s not only kids: the designer of the Facebook ‘like’ button revealed that at his request, his assistant installed a parental control on his phone — to stop him from downloading more apps.

I understand this desire to balance out our reliance on too much technology. Let’s take advantage of the remarkable capabilities in technologies we’ve developed — and at the same time, help ourselves and our kids strengthen and enhance our uniquely human qualities.